skip to main | skip to sidebar

Coffee and Waffles beattape out now 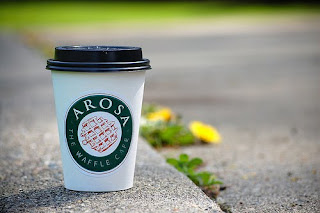 Finally got my shit together real quick to release this mafucka. Never really marketed much but hey here it is.

Don stretch your forehead muscles tryna figure out the concept, there is none. I just like Coffee and Waffles


Ye, so recently, I actually made two samples, I just cant find the link for the first one but anyway enjoy.. oh while im at it, I'll throw you this link for this plugin I was referred to for good orchestra sounds for composing samples. I haven't personally downloaded it yet, coz Im very close to my bandwidth cap but do tell me if its any good please
Edirol Orchestra:
http://www.megaupload.com/?d=16X4HGM4

Autotune is DEAD, so please let it rest in peace. The thing that annoys me is that it's not only Jay-Z who made an effort to destroy it, but AKON! Akon, Thee most annoying pop (YES pop) singer in our time (Second to T-Pain that is) was the first to try and make people see the light. MOVE ON! Why don't you find a new trend and trademark it gotdamnit! Start doing Michael Jackson moves or something, get plastic surgery but LEAVE AUTOTUNE alone!!!!!!!!!!!!!!

It's seems people are too scared to find something new. Where's the creativity???

Disclaimer: If there are any autotune users reading this that feel offended please feel free to suck my dick! And to set the record straight, I'm not hating on you, I'm simply calling you a faggot. Thank you.
Posted by J-oNE at 10:23 AM No comments:

And here it is... for free. Yall better be greatful lol

(If M-Phazes ever happens to come across this... Don't think that I'm hating on you. I just had to pick between you and the rest of the producer world. And if I didn't give it away... That'd be like hating on the WHOLE hip hop world. Im sure you understand :D.) 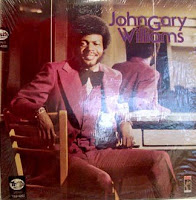 So when I'm not hating on people with more money than me, I'll be posting other thing, like music, samples, drumkits for the producer and maybe even my own beats. 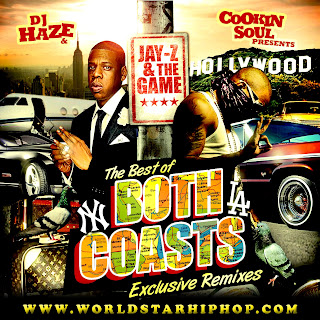 Word just in.
The game has released a new diss track at Jay-Z, called I'm so wavy.... What do I think about it??? If we were still in the 90's, this would be amazing! Apart from his new gay kinda sounding flow it's a pretty solid track. Well done Game.

Ok fine, He really brought it, but compare this track to ether.... It's some pretty weak shit. (Has anyone else noticed how he sort of sounds a bit TOO similar to Nas? Anyway). But I mean, if you just had to give it a fast listen, it's all fine and dandy. But listening to it again, Game's actually a bit of a bitch. Fa real. For so many reasons though. He went and dissed Big Pimping but immediately damn near apologised to Pimp C and Bun B, he starts talking about him and Beyonce and apologised to Beyonce, he talking about he can't have a baby with her... WHERE THE FUCK IS YO RNB HONEY DWG!!?? Look, even 50 got Ciara... Baby got weezy (Oops, lol)!! , he starts talking about I'm doing it for hip hop? Why don't you go ahead and diss Luda and NAs??? HUH NIGGA!?? WHY!!? scared ass nigga.

Soon after, he moves onto Kanye and Jay's relationship. That's a bitch move! What's he tryna do? Break them apart!?? Nigga looks like a GOTDAMN GROUPIE tryna get attention. WHERE"S YOUR DIGNITY MAN!! I mean he talks about 808's and heartbreaks being the shit..... Ok I'm not even gonna talk about it... Love Lockdown??... singing?? Game? Word?? lol

Look I'm not even gonna carry on, he really made himself look like a name dropping groupie... Well the name dropping bit was established a long time ago actually lol, he proved that shit at the end of the track..

Just listen to it for yourself.... Some will love it, some will hate it. But this the mafucken hateration-Generation nigga live with it!

The birth of the hater

Ye, I don't really have anything to say at the moment so I guess I should introduce myself.

lol for real though. I won't waste any time so... This is really just a blog where I hate on everyone and everything in music and politics :D.

I'm also a producer so I'm thinking of posting drumkits and samples every now and then. I'll also be posting the latest in hip hop and shit.

I'm also hoping to be sponsored by hatergade pretty soon :D. haha. And also Aaron McGrudger, or which ever crazy mafuckers made up Uncle Ruckus. They must have some DEEP hate for the world .lol 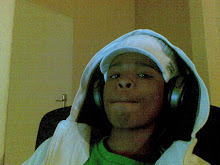 The nigger that's hating on you :)